There is no discussion of the engineering details. Those are promised for early 2017 following the results of this consultation.

An important issue for cycle campaigners will be the feasibility of achieving protected space on the main alignments through the area. 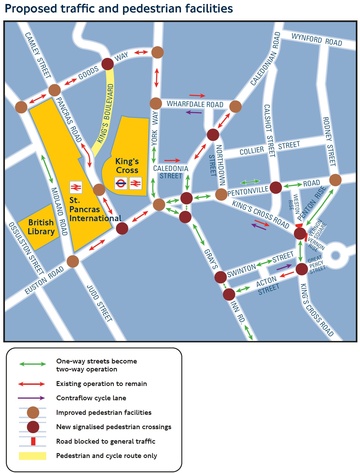